E-courts are in action throughout the world to modernise the manual legal system which is time consuming and ineffective for rising numbers of cases. It is purposed to facilitate and protect both litigants and legal practitioners, saving their time health and resources. Due to a backlog of cases and partial closure of courts due to spread of COVID-19 it has become a necessity in Pakistan to offer e-courts facility to public. 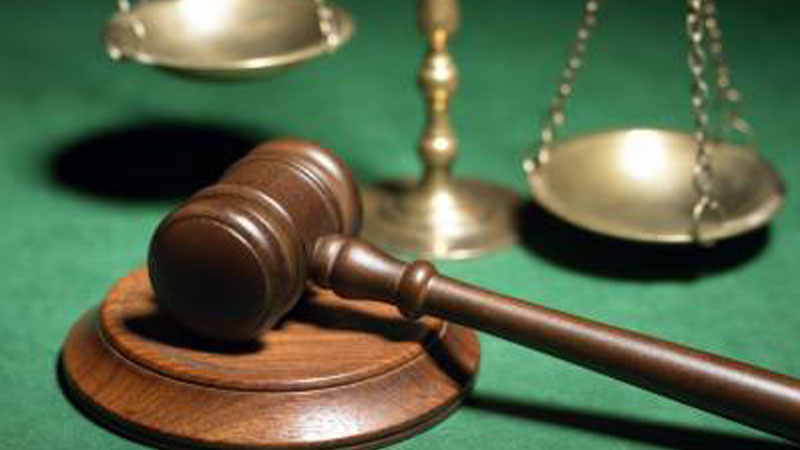 While some high courts like the Peshawar High Court remain open in totality, others are either closed completely like the Lahore High Court or hearing emergency matters only. However, district judiciary, including family courts, anti-narcotics courts and anti-corruption/NAB courts etc remain closed causing damage to public in a way that women and children are not receiving maintenance from their husbands and fathers. Custody issues remain pending while children cry their hearts out and under trial prisoners remain behind bars even though there is a presumption of innocence attached but are not granted bail due to heinousness of offence he is charged with.

In recent times, the Supreme Court of Pakistan installed a video link system where lawyers can argue from any Supreme Court registry of Pakistan, after filing an application to that effect. Moreover, a screen of on-going cases is placed in bar rooms to notify the lawyers of their turn while they are sipping tea and preparing outside the formal environment of a court of law and the court rooms remain less crowded as well.

Provincial high courts like the Peshawar High Court and the Lahore High Court have installed the facility of video link in distant districts to dispense inexpensive justice by facilitating lawyers from faraway districts to argue cases online and save precious resources and energy of counsels and litigants. They are being instrumental in times of COVID-19, especially when inter-district travelling is banned and lawyers from adjacent areas are unable to appear before the court physically.

Examination of witnesses in anti-terrorism courts is done through electronic means ever since rise of terrorism in Pakistan, which not only ensure safety but privacy too of the witnesses and the testifying party. The terrorists themselves are not brought to the court rather examined through the electronic facility made for the same. It gives a sense of security to the presiding officer as well, who is the judge to dispense justice in accordance with law.

E-courting systems are also installed in other district courts of Peshawar and the Lahore High Court by using large amount of tax money, in times when Justice Yahya Afridi and Justice Mansoor Ali Shah were chief justices of these courts respectively. These systems are destined to make lawyers self-sufficient, without reliance on clerical staff who sometimes become burden on the litigants instead of the Lawyers by charging 10 times the cost of affidavit, stamp-paper, photocopies, orders etc and even asking for favours.

These systems were, however, delayed by the judicial officers to cover their deficiencies and by clerical staff of both judges and lawyers to charge money on every date of hearing from the litigants, who are at mercy of these staff, who can make or break the case. The simplest and most worrisome example being displacement of the case file from the courtroom or record room which can delay the case to the loss of the party not willing to bribe the pickpockets.

The concept of work from home is being successfully implemented by every sector of work, whereas, lawyers and their staff are made to risk their life to feed their kids

E-court system is being used in many parts of India as well, both in high courts and district courts level. This is benefitting the litigants and the counsels, who don’t have to risk their lives by exposing themselves to the prevalent virus in crowded court rooms and outer halls to get rights enforced. The enforcement of rights by jumping into a sea of infections, where people of different localities and work gather is a suicide plan. This is discouraging people from moving the court in Pakistan.

The concept of work from home is being successfully implemented by every sector of work, whereas, lawyers and their staff are made to risk their life to feed their kids. It is not only lawyers but judges and related staff as well. Where e-classes, online work, telephonic advisories, Skype meetings, Zoom conferences and policy making is done through electronic means lawyers are made to work manually despite the availability of facilities in all courts.

Lawyers throughout Pakistan have requested their respective provincial bar councils for relief fund during the pandemic, however, not much was given to them and even if some relief is provided to lawyers, the millions and staff members, in shape of clerks, stenographers, stationery dealers, assistants remain financially needy and risk their life to fulfill that need.

Recently, a lawyer wrote a letter to the chief justice of the Peshawar High Court for introduction of e-courts throughout Khyber Pakhtunkhwa for e-submission of cases, payment of court fee through bank transfer, Discontinuance of hard copies of files, e-hearings, recording evidence through video conferencing and e-delivery of decisions.

While the old men on bench finds it unnecessary to run court proceedings through electronic means, government sleeps over this bone of contention, and lawyers go to courts to earn bread and butter for their family by blindfolding themselves to the risk factor involved. This may seem to be a private hazard, but its consequences will be faced by the society in shape of spread of viruses through court rooms and disturbance of public peace and order. These challenges will include: one, violations of rights by public functionaries to settle scores; two, extra judicial measures likely to be taken for dispute resolution while the courts sleep; three, spread of virus amongst legal fraternity and prisoners; four, economic challenges for millions of people whose sole income is associated with practice of law should, and finally increase in crime rate and violation of torts. Long story short in William Shakespeare’s words: “The path is smooth that leadeth on to danger”.

The author is a lawyer based in Peshawar & Islamabad. He studied Public Policy from University of Massachusetts and Corporate Law from Harvard University