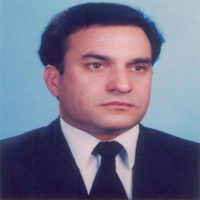 Mr. Kakakhel has been an active member of the civil society from a young age, at the age of 18 He was offered a commission in Pakistan Air force and remained a flight lieutenant for some time. He have aced throughout his academic career. His professional career includes his candidature for the post of President of Pakistan, contested against General (r) Pervez Musharraf. He has been involved in many trademark cases of the country, and have hundreds of reported cases in his name. Members of the National Assembly, Provincial assembly and judges of the courts regularly seek his advise in personal and professional matters. Mr. Kakakhel was the youngest Supreme court lawyer to receive the title of Senior Advocate of the Supreme Court of Pakistan (a title conferred upon the most experienced and seasoned litigators appearing before the Supreme Court of Pakistan which is equivalent to Queen’s Council.). He have spoken in and attended many national and international conferences.

The services of Mr. Kakakhel are recognized and recommended by YFLR1000 and is consistently being ranked as ‘Leading Individual’ of Pakistan since 2012 till date by Legal 500.

Work of Mr. Kakakhel has been relied upon in the following matters: