A bench of Peshawar High Court granted stay on construction on a disputed commercial property in Kohat.

The lawyer further argued that the construction is being done on the disputed land without any permission from local concerned bodies.

The court after hearing arguments and going through the file granted a status quo order till final decision of the case. 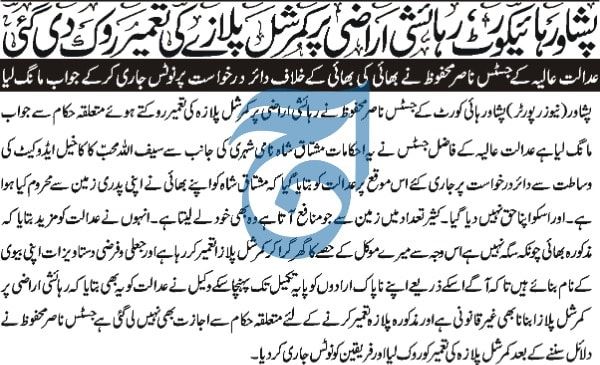