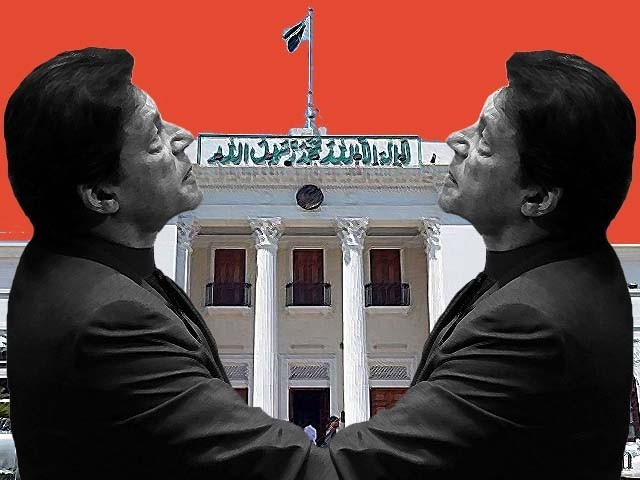 On January 30, the Khyber-Pakhtunkhwa (K-P) Bar Council conditionally called off a 23 day long strike being held in protest against an amendment to the Civil Procedure Code 1908 along with the enactment of a provincial anti-narcotics law.  The strike was called off after the government deferred the proposed amendment through the K-P Civil Law Amendment Ordinance, 2020 till April 15. This decision, albeit a welcome one for the lawyers, should be enough to cause alarm for those who hold the parliamentary process in high esteem.

One such individual who is concerned at the government’s constant promulgation of ordinances is Member National Assembly (MNA) Barrister Mohsin Nawaz Ranjha who has filed a writ petition in the Islamabad High Court against the president’s move to promulgate eight ordinances. The barrister, very aptly, wrote in his petition,

“It appears that the ruling party has adopted ordinance-making as the normal and routine method for legislation, while avoiding parliamentary law-making as far as possible.”

Law making is the only prerogative of elected legislatures throughout the world. Pakistan is, unfortunately, amongst the few democratic countries, along with the United States of America, Sri Lanka, Bangladesh, India, Nepal, France and Australia, whose constitution possesses the dubious flaw that gives the power of legislation to the executive.

Ever since the PTI government has taken charge, article 89 of the Constitution of Pakistan which allows the president to promulgate ordinances, has been used time and again even though the article was only meant to be used as a hasty and temporary alternative to parliamentary legislation in order to cope with an emergency situation such as war, famine, epidemic and rebellion which actively put the life, liberty and property of the people of Pakistan at stake. However, the government has made it an article of convenience and so, by extension, it is being used to sidestep the parliamentary system.

There are certain conditions required for ordinance making. Firstly, the parliament, in this case the provincial assembly, should not be in session. Secondly, the existence of circumstances that render it necessary to issue an ordinance should exist. Thirdly, the element of emergency should characterise these circumstances. Lastly, such an ordinance should also have the approval of the cabinet; as added by the Supreme Court of Pakistan in Mustafa Impex case reported as 2016 PTD 2269.

Moreover, the K-P Civil Law Amendment Ordinance, 2020 was enacted by K-P Governor Shah Farman at a time when a session of the provincial assembly had already been summoned, rescheduled and later postponed, suggesting that the PTI purposely prorogued the session just to promulgate the ordinance, a move that is against the ethos of democracy. Furthermore, the opposition has also claimed that the government purposely avoids calling sessions of the Senate as they fear that proposed ordinances will  be disapproved by the House.  This begs the question; why is the democratic process of legislation through parliament being sidelined to promulgate ordinances?

It is important to remember that the scope of article 89 was narrowed through the 18thamendment, when the following words were added:

“shall stand repealed at the expiration of the extended period or, if before the expiration, a resolution disapproving it is passed by a House, upon the passing of that resolution.”

This means that an ordinance can be extended only once. The powers of the president and the governors were further curtailed when the  chairman of the Senate in 2016 ruled that an ordinance has to be put forth in first sitting of House after promulgation and reasons for same are to be justified. Previously, ordinances which had a lifespan of 120 days were repassed again and again which was essentially subversion of democratic legislative processes. The Supreme Court of Pakistan in Pakistan Medical & Dental Council versus Muhammad Fahad Malik (2018 SCMR 1956) held that:

[…] it is clear that there are two riders to the power of the president to issue an Ordinance, namely, the Senate or National Assembly must not be in session, and the president must be satisfied that circumstances exist which render it necessary to take immediate action. Meaning thereby, the president’s authority to promulgate an Ordinance is not absolute, rather it depends upon the necessity of immediate action and the non-availability of a session of the Senate or National Assembly.”

Therefore, over the years, substantial attempts have been made to water down the efficacy of article 89, proving that the ultimate goal is to cement parliamentary supremacy and decrease executive overreach.

According to data collected by Dr Ralph Braibanti, a political scientist, the central government has passed 459 ordinances from 1947-1965 and 1,770 were passed during the period 1973-2019. Previously, governments relied on promulgating ordinances when they lacked majority in either houses of the parliament. While this is also the case with the incumbent government in the centre, it seems that the PTI regime is choosing to do so out of pure laziness in K-P seeing how they have an absolute majority in the provincial assembly and can thus pass legislation using the legal parliamentary procedure.

Sadly, the government is also suffering from legal short-sightedness seeing as how they are enacting presidential and gubernatorial ordinances, even though such ordinances are temporary in nature and have a life span of 120 days after which they expire. Furthermore, they can only be reissued once before expiry by the National Assembly through a resolution or turn into permanent law through an act of the parliament.

Simply put, the policy of the promulgating one ordinance after another is against the very basis of democracy. Therefore, a provision which allows for sweeping executive powers should ideally be omitted so that the only route to law-making is through the parliament which will then allow the opposition to be taken into confidence and their opinion to be given due consideration. Such a practice is, after all, one of the pillars of democracy.